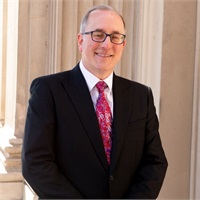 Paul Cohen is the Chairman and CEO of Marest Capital and holds a Series 65 securities license. Paul has had a distinguished career overseeing multiple businesses from his base in Southern California.

Paul earned his undergraduate degree from USC at the Marshall School of Business, with an emphasis in Accounting. After graduating from USC Business School, Paul went to Loyola Law School where he earned his Juris Doctor, with a specialization in Tax Law. Paul has been an active member of the State Bar of California for over thirty (30) years.

Paul and his wife Judy have been married over thirty years and have six children and many grandchildren. They have dedicated the Chabad House of Encino and the Learning Center at Chabad of USC. They also became Provost Members at USC several years ago.